The  opening of a mediation would involve an introduction from the mediator explaining the role they perform, identifying who is attending both the joint meeting and any subsequent meetings, the timetable as agreed in the pre-mediation meetings and most importantly the confidentiality of the process and what this means. (This will also have been set out in the mediation agreement.)

The nature of remote meetings will also mean these will probably be quite brief and to the point, enabling constructive progress to be made without imposing too much on the parties “day jobs”. The fact the mediation is being conducted in this manner means it may be extended over a number of days or even weeks. Nothing stops the parties managing the period say because they are in a hurry to see if a deal can be done. 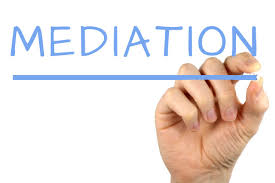 Consideration should be given the length of time parties will be expected to be in meetings on online to avoid fatigue, loss of concentration and eye strain. It is recommended that the mediator proposes a cut off of say 60-80 minutes per meeting maximum, although most meetings maybe shorter than this.  Parties should also consider agreeing similar limitations (when they are meeting alone).

A possible timetable could even involve a joint meeting and then a gap of a day or more for the first party-mediator meeting and so on. This may allow more time for the parties to discuss the matter internally and to decide if they want to change their pre mediation position. But there is nothing to prevent the parties following a timetable of a traditional mediation with meetings following immediately after the opening joint meeting.

Where, after one or more meetings between each party and the mediator, it appears that that an early agreement is not going to be possible, the consultations may still continue for as long as the parties are in agreement to do so. These consultations may on occasions involve smaller groups. (After a while, it is possible that only the parties legal representative will be present in much same way as a would happen in a traditional mediation where a solution was not found on the day).

At a certain stage the parties may jointly or singly indicate that they believe agreement is not possible and at that stage (in a two party mediation) the mediator may reach the view that further discussions are unlikely to give rise to an agreement. The mediator may also conclude that the best course, rather than termination, is to await further feedback from one or more of the parties and see if the process can be rescued by this approach. The mediator may prod the parties on the issues dividing them to see if a way can be found to break the logjam(s).

When and if a deal is done the mediator will want to ensure that the agreement covers all issues which have been agreed and will assist in dealing with new issues which arise when parties consider some of the finer points of drafting. It is recommended that mediator insists (as is the case in a traditional mediation) on the agreement being signed before the mediation is brought to an end so as to ensure this key milestone is not left to “drift” and to facilitate, where possible, enforcement of the agreement.

Much of these later stage negotiations and events would be similar to a traditional mediation.  However as the mediation now has no fixed period, online meetings can continue as long as the parties agree to do so

The case for online mediations is strong.

(i) speed and ease of set up as one can largely eliminate endless searching for a day when around 5-10 people are free, which should mean it will be easier to agree a date for at least the opening of the mediation,

(ii) avoidance of costly travel and hotel expenses (which may also delay also the date of a mediation),

(iii) elimination of blocking out a full day for the mediation and less time being taken out of any days involving the mediation,

(iv) opportunity to continue the mediation without detaining the parties at a physical venue,

(v) lower costs of the actual mediation as there is no need for the use of venues and attendant costs.

(a) the two (at least) decision maker(s) (with a consequent loss of management time for other roles);

(b) the legal representative(s) and possibly experts and counsel.  Such a group could be required for 10 plus hours. If one assumes a team of say 3 that is at least 30 hours (60 hours in a two party mediation) – of which some time (half?) will be spent waiting for the mediator.

An online event may involve an initial joint meeting of about an hour and then numerous separate meetings of anything from a few minutes to say an hour. While it is impossible to put a number on such meetings or their duration it can be seen that  the benefits listed above at (i) – (v) could quite likely result in costs savings and possibly significant ones.

Even if its effectiveness is no better than a traditional mediation the process has the attraction of enabling a party to terminate the mediation at very short notice with little of the cost consequences (travel, one day for 5-10 people, venue hire all avoided) one would face in an traditional mediation.

Looking ahead (to the time when human contact is again normalised) will online mediation survive and if so for what purpose?

Clients will continue to like it, if only because of the savings.

Settlement rates are at least as high – though it is of course early days.

The flexibility and cost savings mean that the use of online mediation should continue for lower value matters and or where travel is not possible or justified.

Online mediations will come to be seen as a proportionate response to the resolution of many disputes. It is this proportionality which will contribute to its attraction and ensure its longevity and popularity.

The flexibility also lends itself to “early intervention” mediations which are popular in maritime disputes. This is used where a mediator is asked to try and assist the parties often to break the logjam of an ongoing dispute.

Online mediations may still play a role in matters where the parties want to see if mediation is worthwhile or want to explore the ground rules and are more comfortable do this with the mediator, albeit in an online setting, thereby offering continuity in case the matter progresses to full mediation.

I was very pleased to co-author this article (and Parts II and III) with Marcus Bowman, a CEDR panel mediator who is practising from Quadrant Chambers. We wrote separately and found we agreed on almost everything – no doubt reflecting more than half a century of combined experience working as litigators and as Managing / Senior Partners of our two firms in EC3.

The New Normal Mediation: a user guide Part I