The Burden of Judicial hindsight and mediation

On face of it Patel v Barlows & Others (no2) [2020] EWHC 2795 (Ch) is one of those cases where mediators’ hearts sink – another judgment where mediation did not take place and the matter proceeded to trial. The argument is raised and rejected that there should be no order on the payment of costs because of an unreasonable failure to mediate. A quick view of the Judgment  includes many observations by the Judge that the mediation community would challenge: about the costs of mediation being significant (a “whole day with solicitors and counsel….and the costs of the mediator”); that the “were simply too far apart”. And whilst mediation did not take place it never seems to have been quite rejected as the momentum of process took the parties to trial.

Would mediation have worked? Offers were certainly distant but there seems to have been no “final” offers made and many of those with experience of mediation will know that not every “final” offer is the last word when settlement is temptingly near.

The costs equation of mediation is also open to challenge. The CEDR Bi-ennial Mediation Audit in 2018 concluded that the investment of £1 in a mediator yielded £100 in costs savings to the parties:  this does not take in to account the savings in Court and Judicial time that results in settlement. Nor does it take in to account the impact that a better settlement rate will have on Court listings which are rapidly lengthening because of Covid.

Additionally, the costs of what, in this case, was very likely to be an online mediation have undoubtedly been ameliorated by reduced travel time, venue costs and the simple fact that lawyers (and clients) can do something productive in the downtime between meetings with the mediator. 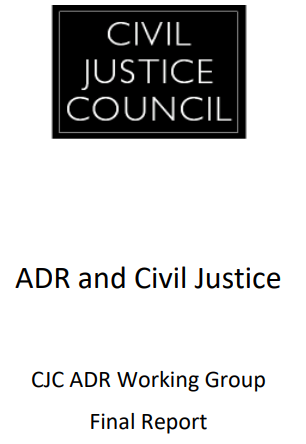 Of course it may well have been the case that this particular dispute would not have resolved at mediation but there were enough factors to suggest that it would have been worth a try. Many “difficult” cases have resolved with the assistance of a mediator where parties thought settlement was unlikely if not impossible.

I often see parties to a dispute who are pretty “raw” – relations between the parties have deteriorated, the perception of conduct by one of the other is rarely interpreted benignly – the forensic hunt for the truth through the adversarial process has already left the parties stressed and impoverished – and they have not yet had to deal with all of the steps that lead to a trial. Those cases are difficult but they do settle.

At trial the parties have plainly been unable to resolve differences and their conduct leading up to the dispute and also of the proceedings is then placed under a forensic spotlight. And it is at this point that a Judge is asked to consider, having the burden of hindsight, whether the intractable case on which s/he has just adjudicated could have been resolved: it is a hard call to make the mental leap that this was a case that could have been resolved other than through adjudication.

In Patel the Judge had already considered conduct issues and determined that the defendant should pay indemnity costs. It is not surprising that the application by that same defendant not to have to pay those costs was rejected. And perhaps not wholly irrelevant is the fact that the defendants in question were trustees of a bankrupt who had the Judge noted: “For the sake of completeness, I should add that the Bankrupt was convicted of money laundering offences”.

Some lessons and some thoughts: this was not a surprising application. The defendant was facing and indemnity costs order and a payment on account of costs of £100,000. Equally it was not surprising that the Judge refused the defendant’s application.

It is interesting to review the case in the context of a number of the recommendations made two years ago in the Civil Justice Council’s Final Report on ADR: an urgent review of the Halsey guidelines; better information for clients (with the benefit of hindsight the defendant facing £100k+ of costs and an adverse judgment probably now a number of decisions made – not least embracing ADR!) However the most compelling is at 8.23 (6):

The approach of reserving the question of cost penalties to the position post judgment should, if at all  possible, be replaced by something stronger happening earlier. We think there is a need to  develop a form of stronger court intervention for use mid‐stream  at the time that the decisions to use or not use ADR are being taken.

And of course Recommendation 1 has been implemented: to establish a Judicial-ADR Liaison Committee. Patel v Barlow and the issues that it highlights is a timely reminder for both that Committee and the incoming Master of the Rolls of the Recommendations highlighted above.