Mediation works – that is the clear message from the Senior Judiciary and they expect parties to try it – and more often. Numerous speeches confirm that the judiciary take the view that parties involved in litigation do not want to experience the joys of Trial but a resolution of their dispute.

Thus when the Master of the Rolls launched the Civil Justice Council ADR Consultation he spoke about it being “an ideal time to look in detail at how the potential for ADR can be maximised.” The Final Report “ADR and Civil Justice1” was published in December last year and makes a number of recommendations that (i) will require parties to give earlier consideration to ADR (ii) narrow the parameters that enable them to avoid ADR and and (iii) re-enforces the costs sanctions that will follow where there is an unreasonable failure to opt for ADR.

Negotiations of themselves will not be enough: “We do not think that a Court should accept.....a simple informal discussion of possible settlement as an adequate attempt at ADR so as to satisfy the “last resort” requirements in the rules2.” Parties will have to have an ADR Strategy – from the outset of the dispute – a default to the next step as each preceding step fails won’t be good enough for the Judge. 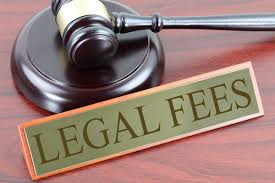 The recommendations will support and encourage an underlying increase in mediation. The CEDR Biennial Audit3 published in July confirms growth of 10% pa overall and within that a 20% pa growth of “schemes” such as NHS Resolution’s Mediation Service. Referrals and settlement rates in respect of the latter scheme are reported to be accelerating with approximately 200 mediated resolutions achieved in the 8 months to the end of November 2018 compared to 189 in the year to March 2018.

Will the recommendations be implemented? Some will take longer than others but the Master of the Rolls is already taking steps to appoint the recommended Judicial ADR Liaison Committee which will, amongst other tasks, review court forms, PAPs and Guidance Notes to ensure firmer language on ADR is used consistent with a presumption ADR should be attempted. It seems too that the  Halsey4 guidelines will very likely be reviewed when an appropriate case is before the Court of Appeal.

And costs issues? Wherever there is a costs sanction there will be work for the Costs Lawyer and the budgeting process should undoubtedly include provisions for ADR but there are other more important and challenging issues. One of those is the ongoing discussion about whether a roundtable meeting  (RTM what the report uses to describe a joint settlement meeting) is more cost effective than mediation. The latter is said to be more collaborative and therefore flexible. The CJC report indicates earlier (and thus cost saving) mediated settlements are achievable but the evidence is anecdotal and disputed by the advocates of RTM.

The customer feedback is that mediations are more inclusive and that the availability of apologies and explanations offer either a qualitatively “better” outcome or a resolution that was not otherwise achievable. But is this additional “value” measurable? Is there hard evidence that the additional cost of the mediator is outweighed by the savings from an earlier mediation compared to a later RTM? That there are better settlement rates (at lower cost) in mediated resolutions than otherwise? The acceleration in the NHS Resolution Mediation Service resolutions certainly indicates that this is a conclusion that has been reached by parties in Clinical Negligence litigation. Are costs lawyers able to assist with evidence?

The report also suggests a provisional costs orders to be made at an interim stage where a party declines to mediate. What is the appropriate deduction? Up to 40%? As suggested by the CJC? Or will the Court be assisted by evidence of the costs savings that would result from settlement? Again, can the Costs Lawyer assist with evidence?

And of course, what is sauce for the goose is also sauce for the gander – it seems very unlikely that a costs assessment process would not also be expected to have a settlement strategy built in to it. As stated above negotiations alone do not satisfy  the “last resort” requirements in the rules. Therefore we should anticipate more costs mediations. To expect otherwise would appear perverse and costs lawyers should be designing in their own ADR strategies to costs disputes.

This article first appeared in Costs Lawyer magazine. The link to the Association of Costs Lawyers website is here.