Halsey - unreasonable failure to mediate to be reviewed

The Crystal (15th) anniversary passes today, Saturday 11th May 2019 of the CA Judgment of Halsey v Milton Keynes NHS Trust [2004] EWCA Civ 576. The case has remained at the heart of every argument about what constitutes a reasonable refusal to mediate since then. It remains “good law” but the anniversary does remind us that it was decided at quite a different time.  FaceBook was then just three months old, Twitter two years from launch and Instagram six. The best-selling mobile phone  was the Motorola RAZR V3  and it was to be another 3 years before the first iPhone was launched.

In a week of Royal News it is noteworthy that Prince Charles in 2004 was still single and that Prince Harry was still third in line to the throne. Sadly Marlon Brando, Christopher Reeve, Fay Ray, Brian Clough and John Peel all passed away that year (and less sadly) Harold Shipman. The Athens Olympics was to take place in the summer and the year ended with the awful devastation of the Indian Ocean Tsunami. Lord Woolf was the Lord Chief Justice (and there have been 4 LCJs in the following 15 years), Charles Falconer Lord Chancellor (followed by a mere seven successors) and Rupert Jackson a High Court Judge some four years from his appointment to the Court of Appeal. 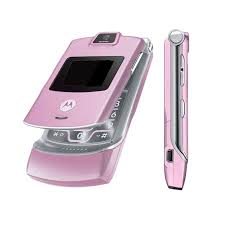 In 2004 the Motorola RAZR was the best selling mobile

The legal environment included a positive discount rate of 2.5%, recoverable success fees and ATE premiums. Claimants and defendants were engaged, (with hindsight) not surprisingly, in the Costs Wars. The House of Lords remained the final appeal court with the Supreme Court coming in to existence in October of 2009. In 2004 Lord Justice Jackson had not yet even been asked to commence the work that became his Review of Civil Litigation Costs, QOCS was a term unknown to English law and LASPO 2012 remained some 8 years away. Those reforms introduced Fixed Recoverable Costs which have in the past 6 years applied to most Fast Track personal injury claims and with the likelihood that FRC will be extended to most civil claims up to £100,0001 in value.

There has therefore been very considerable social and legal change in those 15 years with more to come. Legal costs continue to escalate and ‘data’, amongst other issues presents challenges to the Courts and lawyers in managing litigation. Whilst Halsey remains a flexible test many commentators suggest that it is time for its review as the balance of risk facing parties involved in litigation has changed. Additionally there is a judicial recognition that parties involved in the expensive process of litigation want not, first and foremost, a trial but the resolution of their dispute. Against this background the Civil Justice Council considered ADR in its report “ADR and Civil Justice"2 and suggested that with Halsey now approaching its fifteenth year the Court of Appeal might review some recent decisions with a view to offering greater clarity and a narrowing of the acceptable opt-outs to ADR. Broadly acceptable reasons for a failure to mediate were suggested as follows:

There are thus a number of factors suggesting that Halsey is ripe for review. It is not just the passage of time but the fact that there have been underlying social changes as well as significant variations to the underlying legal framework and judicial attitudes to litigation. How far those changes will be reflected in a Court of Appeal decision and when a case may be heard are moot points but the recommendations of the CJC in its report give parties to litigation a clear marker of the direction of travel.